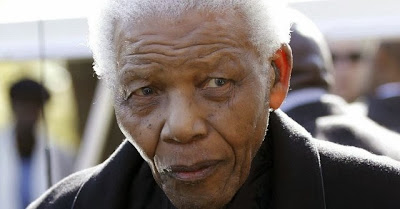 
An ideal for which I am prepared to die

Mandela made this statement from the dock at the opening of his trial on charges of sabotage, Supreme court of South Africa, Pretoria, April 20 1964
I am the first accused. I hold a bachelor's degree in arts and practised as an attorney in Johannesburg for a number of years in partnership with Oliver Tambo. I am a convicted prisoner serving five years for leaving the country without a permit and for inciting people to go on strike at the end of May 1961.
At the outset, I want to say that the suggestion that the struggle in South Africa is under the influence of foreigners or communists is wholly incorrect. I have done whatever I did because of my experience in South Africa and my own proudly felt African background, and not because of what any outsider might have said. In my youth in the Transkei I listened to the elders of my tribe telling stories of the old days. Amongst the tales they related to me were those of wars fought by our ancestors in defence of the fatherland. The names of Dingane and Bambata, Hintsa and Makana, Squngthi and Dalasile, Moshoeshoe and Sekhukhuni, were praised as the glory of the entire African nation. I hoped then that life might offer me the opportunity to serve my people and make my own humble contribution to their freedom struggle.
Some of the things so far told to the court are true and some are untrue. I do not, however, deny that I planned sabotage. I did not plan it in a spirit of recklessness, nor because I have any love of violence. I planned it as a result of a calm and sober assessment of the political situation that had arisen after many years of tyranny, exploitation, and oppression of my people by the whites.
I admit immediately that I was one of the persons who helped to form Umkhonto we Sizwe. I deny that Umkhonto was responsible for a number of acts which clearly fell outside the policy of the organisation, and which have been charged in the indictment against us. I, and the others who started the organisation, felt that without violence there would be no way open to the African people to succeed in their struggle against the principle of white supremacy. All lawful modes of expressing opposition to this principle had been closed by legislation, and we were placed in a position in which we had either to accept a permanent state of inferiority, or to defy the government. We chose to defy the law.
We first broke the law in a way which avoided any recourse to violence; when this form was legislated against, and then the government resorted to a show of force to crush opposition to its policies, only then did we decide to answer violence with violence.
The African National Congress was formed in 1912 to defend the rights of the African people, which had been seriously curtailed. For 37 years - that is, until 1949 - it adhered strictly to a constitutional struggle. But white governments remained unmoved, and the rights of Africans became less instead of becoming greater. Even after 1949, the ANC remained determined to avoid violence. At this time, however, the decision was taken to protest against apartheid by peaceful, but unlawful, demonstrations. More than 8,500 people went to jail. Yet there was not a single instance of violence. I and 19 colleagues were convicted for organising the campaign, but our sentences were suspended mainly because the judge found that discipline and non-violence had been stressed throughout.
Pubblicato da Urbi a 12:29